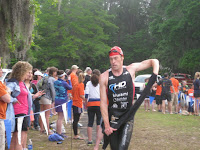 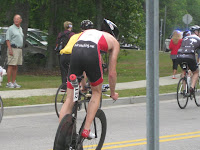 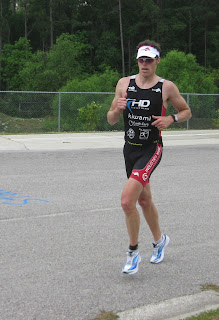 Together We Will: Be Part of Something Bigger

Last weekend, I was reminded that success has many forms, and it isn't just about personal success. One of the best things is to be part of a winning team and contribute to that success.  I've been writing this in my head for the last four or five days during every one of my workouts. It is pretty much the only thing I've been thinking about.

I've been away from real bike racing for almost nine years. I've raced some in the last two years, but on Sunday I felt like a bike racer again. I rode well and smooth and avoided falling down. The entire race was on feel and the power was there when I needed it.

The course is one that I've done many times. I've won there, been in breaks, been the last guy in a successful lead out train there. In short it was kind of like going home again.

None of that really excited me though. If I had been racing solo, I probably would have gone home and simply chalked it up to a nice training day. What excited me was to be a part of team performance that exceeded expectations and sent a shot across the bow of all the other teams in attendance.

Our Earth Fare/ Industry Nine team, one that I have had a stake in building, came together and raced like a well drilled machine, not one that had only really done a hand full of races together. It was just simply amazing to be part of a success like that again. I would say that we rivaled the team work of the last team I managed.

Our team captain Evan Fader led by example and initiated the break and our young South African rider Tim Jenkinson rode like a seasoned pro (not someone riding his first Pro 1/2 crit)  by taking a free ride across and then slaying himself for Evan in the break.

The rest of the team was then able to sit in the field and let other teams do all the work. In the end we didn't win just barely being beaten to the line by a Bissell pro rider. But two podiums in one weekend shows that we have a team to be respected. I know much more success is to come.

I think that is the essence of a team. When someone on your team wins, you win with them. It doesn't matter who it is crossing the line as long as the jersey is ours. That is so often lost with so many other so called "teams". You can't fight each other for leadership as there are different leaders on different days. I know that  any of these guys will turn themselves inside out for a TEAM victory. They also know that one day their time will come as well.

Earth Fare has a slogan "Together We Will", I think this weekend the team lived up to that slogan.